Sarah, Nigel, Rebecca, Maisie and I had worked together 2 years ago on another historical shoot, loosely themed on the Taboo drama series. Having seen the trailer for the new Gentleman Jack drama series I thought it might be a good idea to get some images themed in that period so it was very fortuitous when Sarah contacted me with the same idea. Sarah (The Vintage Shed) specialises in organising and styling vintage costume shoots, often involving Nigel Lungley-Radford (Mable Pecks) with his exceptional talents for creating period costumes.
Rebecca often works with Sarah and did a brilliant job creating the 1830's style hair and make-up. We were looking for 2 models, one with dark hair to recreate Anne Lister and the other blonde to act as Ann Walker. Maisie had done the Taboo-themed shoot with us so was the obvious choice for the Anne Lister role. Simmone is a model friend I have worked with many times so I suggested that she might be worth asking to see if she would be interested. Coincidentally she had already responded to Sarah's Facebook casting and so we had the final member of our team.
Sarah provided and styled Maisie's and Simmone's costumes while Nigel created Maisie's (Anne Lister) black coat - another beautiful crafted example of his handiwork. Simmone's (Ann Walker) two gowns were from Costume World Norwich.
The drama series is set in 1832 so we were looking for a location typical of the late Georgian/ early Victorian period. Sarah had previously done a photoshoot at College Farm so contacted the owner Katharine Wolstenholme about the possibility of using it for this shoot. Katharine very kindly agreed and we had our location.
We were blessed with the weather and with the combination of a brilliant team and a beautiful location we achieved some great images.
I post processed the images using Lightroom and Photoshop with colour grading to give them a period look. 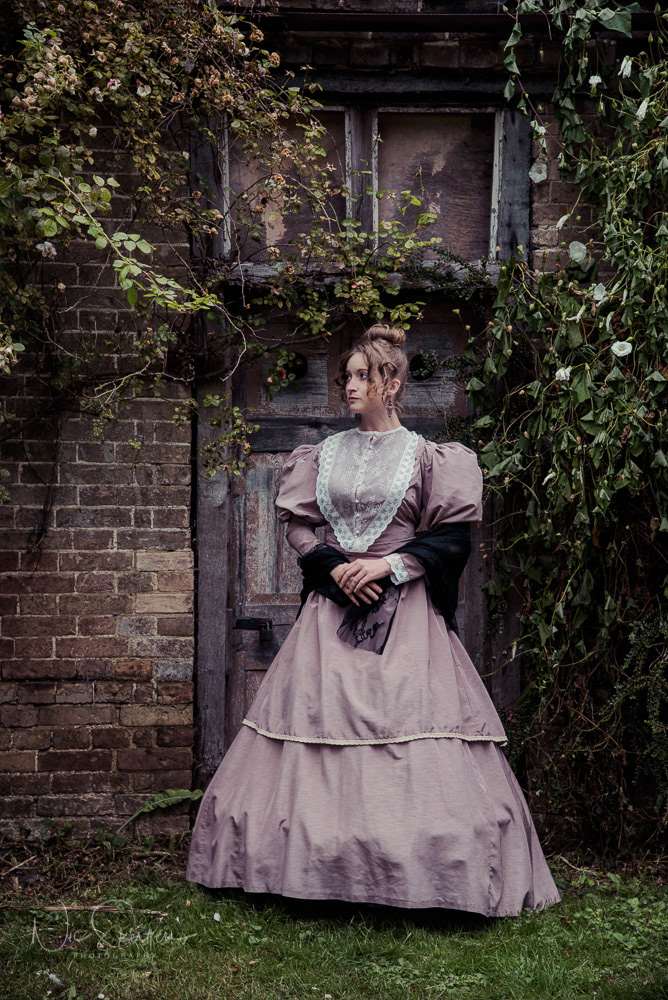 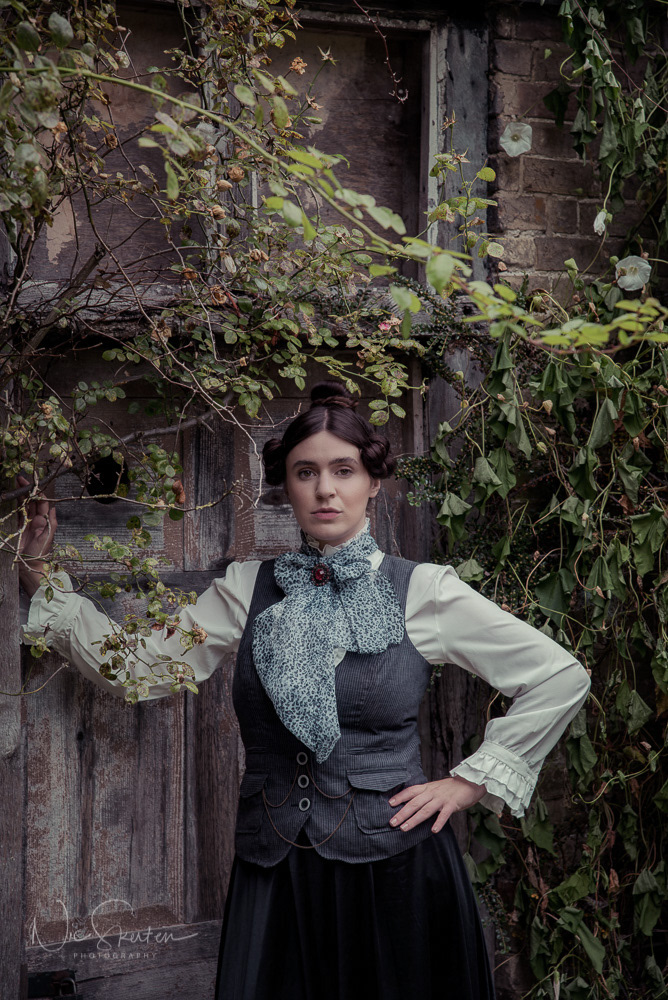